The “Interceptor 004” has arrived to tackle the issue of plastic contamination in the Ozama River. The ship collects plastics which are carried downstream by river currents, preventing waste from reaching the Caribbean Sea. 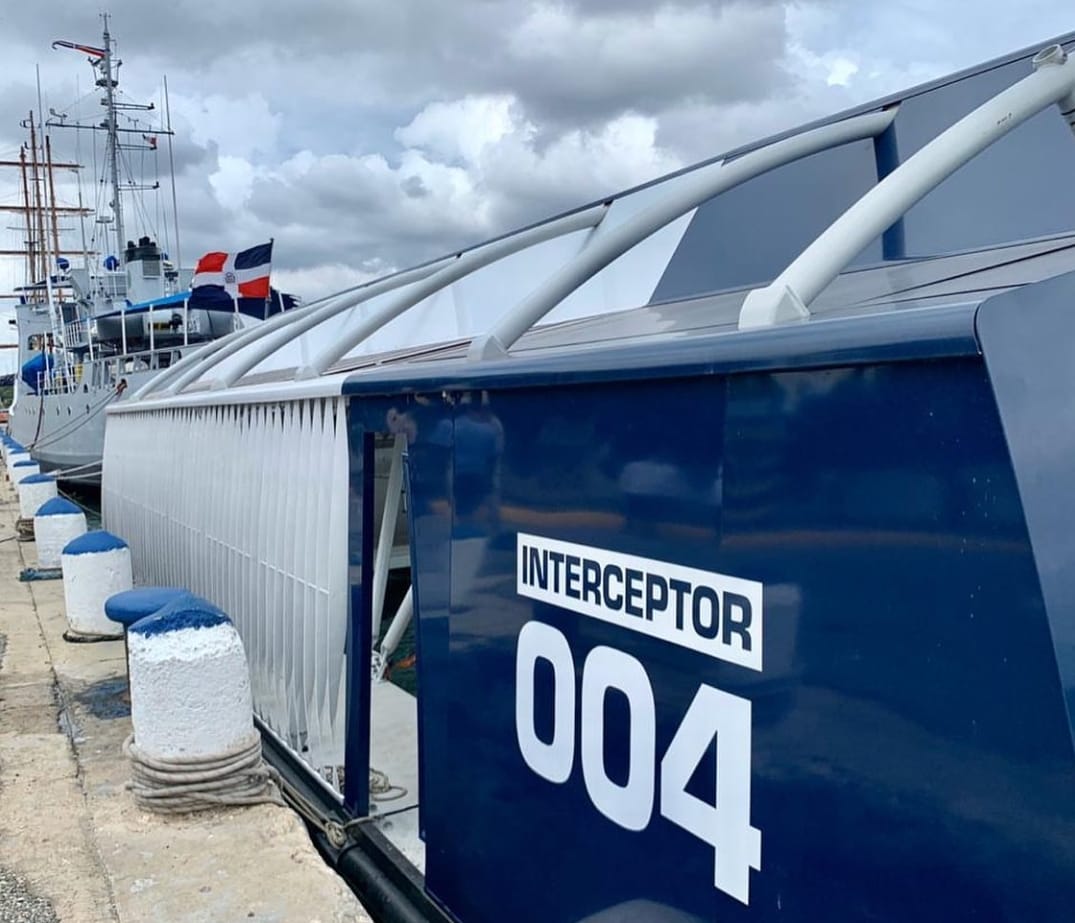 The Minister of the Presidency Gustavo Montalvo says the ship is here after the Presidency signed an agreement with the United Nations Development Programme (UNDP) and The Ocean Cleanup. The Embassy of the Kingdom of the Netherlands is also backing the waste elimination program.
The interceptor arrived this week in the Dominican Republic. It is one of four boats that exist in the world that operate autonomously using solar energy. The ship has been assigned to the Dominican Armada (Navy).
“To truly rid the oceans of plastic, we need to both clean up the legacy and close the tap, preventing more plastic from reaching the oceans in the first place. Combining our ocean cleanup technology with the Interceptor™, the solutions now exist to address both sides of the equation,” said Boyan Slat, Founder and CEO.
The Interceptor™ is the first scalable solution to intercept river plastic pollution and is capable of extracting 50,000 kg of trash per day – even reaching 100,000 kg per day under optimized conditions. Four Interceptors™ have been built to-date; two systems are already operational in Jakarta (Indonesia) and Klang (Malaysia). A third system is in Vietnam to be installed in Can Tho in the Mekong Delta (Vietnam), and the fourth recently arrived in Santo Domingo Dominican Republic.
Bienvenidos! Welcome to Republica Dominicana, we are proud to join the effort toward ocean conservation.