The acclaimed musical group Au p’tit Bonheur, from France, will perform at The Beach Club at Sea Horse Ranch on Saturday, June 18, 2016, at 8pm.

Led by guitarist/singer-songwriter Jamel Laroussi, Au p’tit Bonheur has released five albums and toured extensively, having a strong presence in the European music scene since the early 1990’s.

Join us for this very special performance at The Beach Club, hosted by the Alianza Francesa de Santiago. For reservations call The Beach Club at (809) 571-4995. 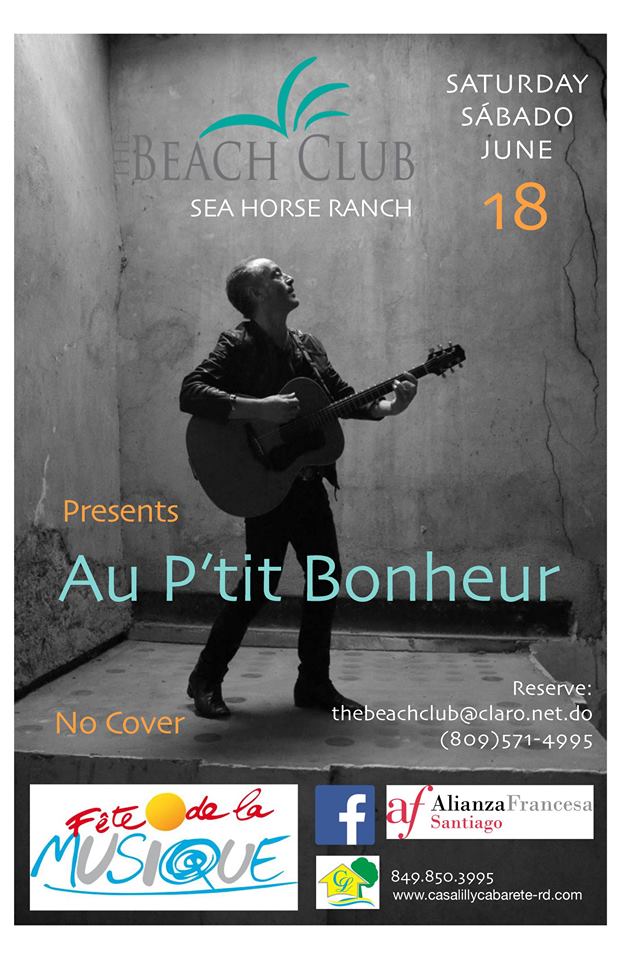