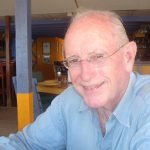 Dominican Republic. He would have been 79 on April 9.

A graduate of Whitman College (1959), Bill’s first job was as a teller at Baker Boyer Bank in Washington. He and his first wife, Carol White Kirkman, moved to Phoenix, Ariz., to attend the American Institute for Foreign Trade where they spent a year learning foreign languages and culture.

Mr. Kirkman accepted an offer from Citibank and his first foreign assignment was in Buenos Aires, Argentina, in 1963, which led to stops in Uruguay, Paraguay, Bolivia and Ecuador. In 1965, Bill was transferred to Santo Domingo in the Dominican Republic where he would spend the next 50 years. Bill and Carol raised three children in this international setting.

He left Citibank to work for a local food processing company. During his years representing the Industrias Portela, Bill became interested in tourism, and purchased property that would become Sea Horse Ranch. In time, Sea Horse Ranch became a true destination with 110 luxury residences and amenities. Bill also served as the American Consul for the North coast of the Dominican Republic.

Mr. Kirkman was preceded in death by his parents, William and Elizabeth Kirkman. He is survived by his sister Ruth Tyler Kirkman, three children Guillermo Kirkman, Jennifer Kirkman and Ashley Kirkman, their mother Carol, and six grandchildren.

Mr. Kirkman was buried in his home town of Walla Walla, Washington in a small family ceremony, which was followed by a reception at the Kirkman House Museum, home of the first William Kirkman in 1880.

Mr. Kirkman was a strong supporter of art and culture, including the Dominican Republic Jazz Festival. His daughter Jennifer Kirkman continues to honor her father’s legacy in her work with Fedujazz, a non-profit supporting music education for local children that she co -founded.  It is one small way in which his gift of helping others will live on in a country where he lived more than 50 years of his life and helped many people along the way.