The Carib Wind Cabarete Regatta was held on Cabarete beach from January 21 to 23, 2022. This event is the only recognized annual Olympic-class regatta in the Caribbean. The event marked the start of the ILCA global sailing regatta calendar, attracting the world’s best sailors (sailing athletes). It was sponsored by Carib Wind Cabarete, Seapro Watersports, and Drifter, under the direction of Andrés Santana and the technical team of the Dominican Sailing Federation.

More than 20 international participants competed in the ILCA one-person class, with representation from the Netherlands, United States, Canada, Germany, Spain, England, and of course the Dominican Republic.
Sailors will compete in three different categories: Standard Men, Radial Men, and Women.

The technical coordinator of the event Ari Barshi explained that this type of event attracts water sports tourists who come for the wind and waves that are so unique in our country, especially in Cabarete which is known as the international mecca for kitesurfing and the windsurf.

World Sailing, the international governing body for sailing, includes the results of this regatta in its world ranking, which makes it a very prestigious event on the world sailing calendar. The Caribbean Wind Cabarete regatta is the only Olympic sailing competition across the Caribbean and counts for the world rankings. 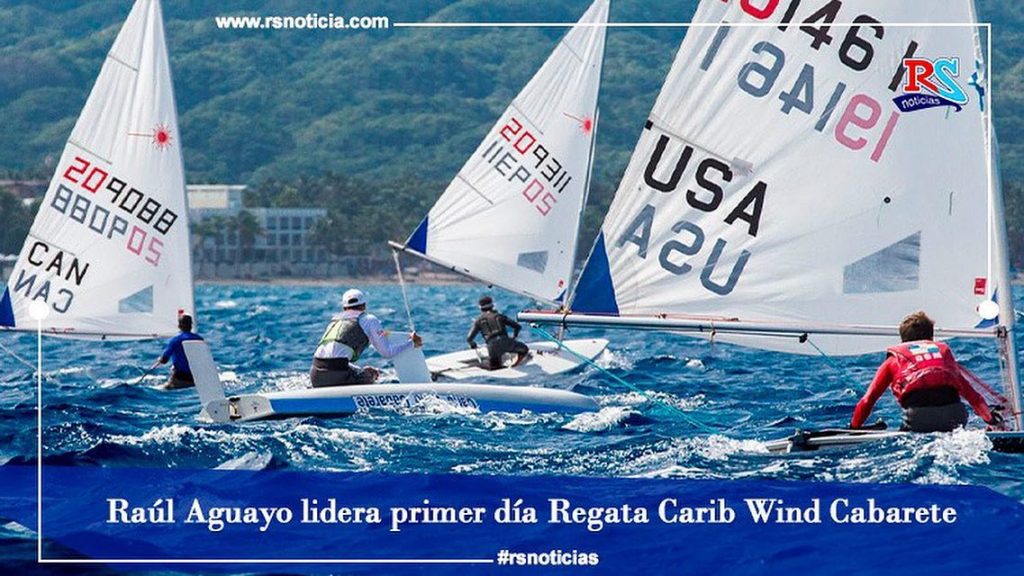 We congratulate Raúl Aguayo of the Dominican Republic for the victory in the 2022 Caribbean Wind Cabarete Regatta. After three days of competition, the winners were Raúl Aguayo from Juan Dolio, followed by Wolfgang Gerz from Germany, and Mike Matan from the United States of America. In the  Radial category, Esneiry Perez of the Dominican sailing team was in the lead, followed by Dutch Martin Van Offen. Alexandra Weihrauch from Germany won the women’s category.

This championship in Cabarete is of high importance; it promotes our Dominican Republic as a sports and tourist destination, encourages healthy sport as an Olympic candle, and cultivates camaraderie among sailors.